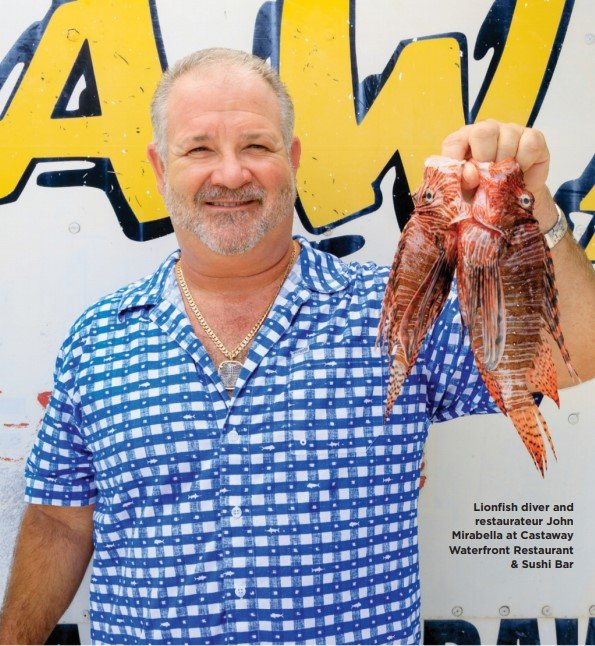 For a guy who walks and talks as Old Florida as it gets, John Mirabella is as New Florida as it gets. That’s because the longtime diver and veteran restaurateur has trained his eye on lionfish, a venomous invasive species plaguing the Keys. The fish are so destructive to local waters that divers are encouraged to remove them, so Mirabella has turned sport quarry into culinary star at Castaway Waterfront Restaurant & Sushi Bar, his divinely salty hangout in Marathon. Featuring lionfish in the aptly named “King of the Jungle” sushi roll, the former submarine engineer gets to educate diners about invasive species (when not regaling them with colorful diving tales—it is the Keys, after all); castawayfloridakeys.com. 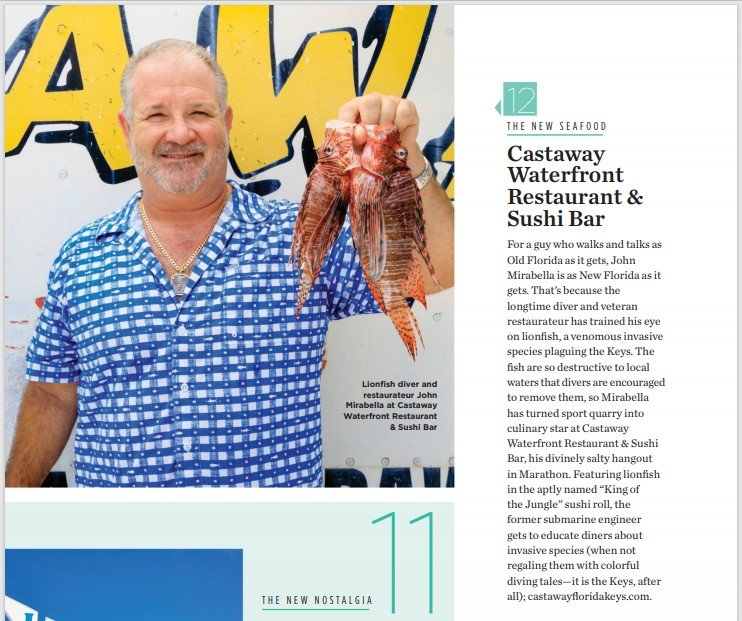